Chicago Public Schools and Global Citizen Year have come together to offer a select group of CPS graduates an opportunity to immerse themselves in a new culture in countries like Brazil, Senegal, and Ecuador before pursuing postsecondary education. The fellows will live with a host family and take advantage of apprenticeships that focus on local projects around education, health or the environment.

Four graduates from across the district will spend time in countries like Brazil, Senegal, Ecuador and more this year. Chicago Public Schools and Global Citizen Year have come together to offer a select group of CPS graduates an opportunity to immerse themselves in a new culture before pursuing postsecondary education. The fellows will live with a host family and take advantage of apprenticeships that focus on local projects around education, health or the environment.

As part of our Learn.Plan.Succeed. initiative, this group will experience a transformative global “gap year” that will strengthen their leadership skills and provide them with a global perspective. The Learn.Plan.Succeed. initiative ensures that every CPS student graduates with a postsecondary plan by 2020, gap year programs like this one are included.

The winners went through a highly competitive selection process. 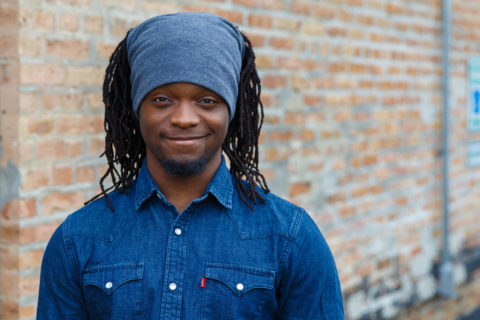 Aaron Johnson, 20, selected Brazil as his country. The Englewood native has already traveled out of the country twice before when he spent two years in China. He said that’s he’s excited to continue adding stamps to his passport.

“It’s a blessing, truly, and I’m so appreciative,” he said.

Johnson said he chose Brazil over the other countries after he did some research.

“The economy is good there and they speak Portuguese, which is the second most spoken romance language in the world,” he said, adding that the language would be “really useful.”

While there, fellows get selected to participate in an apprenticeship. Johnson said he’s most interested in one that connects to the environment because he loves agriculture and learning about plants.

This trip is one that he’s eager to experience, he said.

“I have never been to Brazil before and it was an opportunity I couldn’t pass up,” he said.

After the gap year, Johnson said he plans to go to college in China and pursue a medical career. 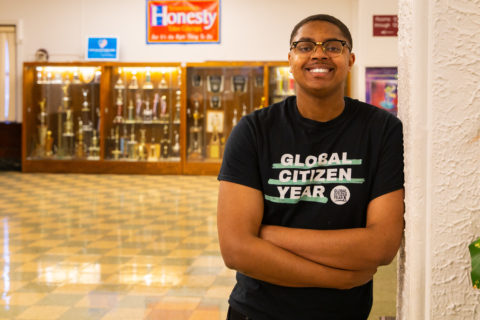 Marcus Goley, a senior at Hirsch High School has traveled to many cities in the United States, but never out the country, he said. The opportunity to spend his gap year in Ecuador was one he couldn’t miss.

“This just gives you more value of life,” he said. “Going to college may be fun, but you can still say you did that and you had this opportunity. You can look back on it and tell your kids one day.”

He said he was a little unsure at first if he wanted to go, but after learning more about the program, the doubt went away.

“I’m excited because I’ve always wanted to travel and view the world,” said Marcus. “I like different cultures and embracing new things.”

He plans to study finance or international business in college when the program is over. 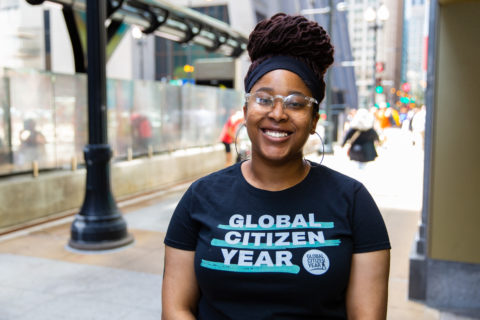 Zion Barnett-Bishop, 18, is a senior at Kenwood Academy. The young dancer will spend her gap year in Senegal. Thanks to her program coordinator, she said she learned about the program and is excited to experience a new culture.

“I’ve just always wanted to go to Africa especially being African American and not really knowing where [my ancestors are] from in the continent,” she said. “With it being West Africa, I know it’s more likely my ancestors could be from this general region.”

Taking a gap year has been something the teen said she’s known she’s wanted to do for a while, adding that it’ll make her more “well-rounded.”

“I just see going there as a great segue to college because I’ll get [new] information and grow [as an individual.”

After Global Citizen Year, she said she wants to apply for another program that focuses on computer science and information technology. 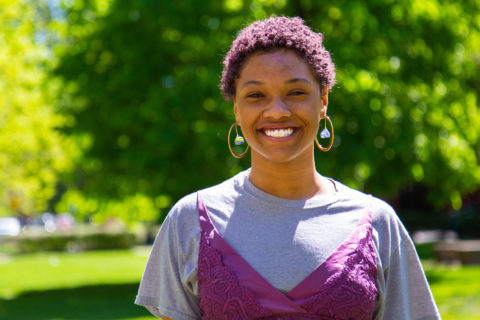 Ruby Levin, a senior at Senn High School, said the choice to live in Senegal, a country on the coast of Africa, was easy.

Her entire life she’d wondered where her ancestral roots began to grow, so she took a DNA test, she said. The test proved that her family history dated back to a time of slavery and the Atlantic slave trade, with a majority of her ancestors stemming from Senegal.

After learning her family’s truth, Ruby said she jumped at the chance to spend her time where her ancestors once lived.

“I knew that Senegal was the perfect place because I have blood connected to it,” said Ruby. “I’m so excited. I want to dig deep and learn more about my history and culture.”

Currently, Ruby takes dance 25 hours a week. She said she hopes to teach an hour-long dance class in Senegal and continue her passion for the arts in a new home.

She thanked her counselor, Christopher Wolf, for making the opportunity possible.

“My counselor saw that I was interested in taking a gap year but didn’t know exactly what to do,” she said. “He’s the one who told me about Global Citizen Year and encouraged me to apply. After watching videos of other people’s experiences, I just fell in love with it. I can’t wait.”