Principal Navarro has inspired her team at Azuela with her passion and tireless advocacy for her students for over a decade.

When the COVID-19 pandemic was in its earliest stage, Principal Carmen Navarro recalls getting a phone call from one of her parents at Azuela Elementary School. This parent, a mom of Polish twins, expressed anxiety at not being able to support her students’ academic needs. Principal Navarro calmly responded: “Trust me on this one.”

She knew that the school’s dual language program and other top-notch academic supports would be there to help these students during the unforeseen challenges of the pandemic. And she was right. These twins have flourished; they now speak English, Polish, and Spanish.

Azuela’s dual language program is just the tip of the iceberg when it comes to providing instruction that prepares students to thrive in a global society. The school encourages students to earn their Seal of Biliteracy, which can be an asset when applying for high schools and colleges.

“When my students come to Azuela, I’m not waiting for them to go to high school for them to have experiences to travel or learn more about the world around them,” she said. “We need to give them those experiences and exposure now. Not tomorrow. Now.”

Principal Navarro has inspired her team at Azuela with her passion and tireless advocacy for her students for over a decade. She is the school’s founding principal, a natural next step after serving as a teacher and bilingual coordinator.

But education was not her original dream career. She wanted to be an economist. A good friend of hers pushed her toward the classroom, where she would end up teaching nearly all grade levels over the course of her career. 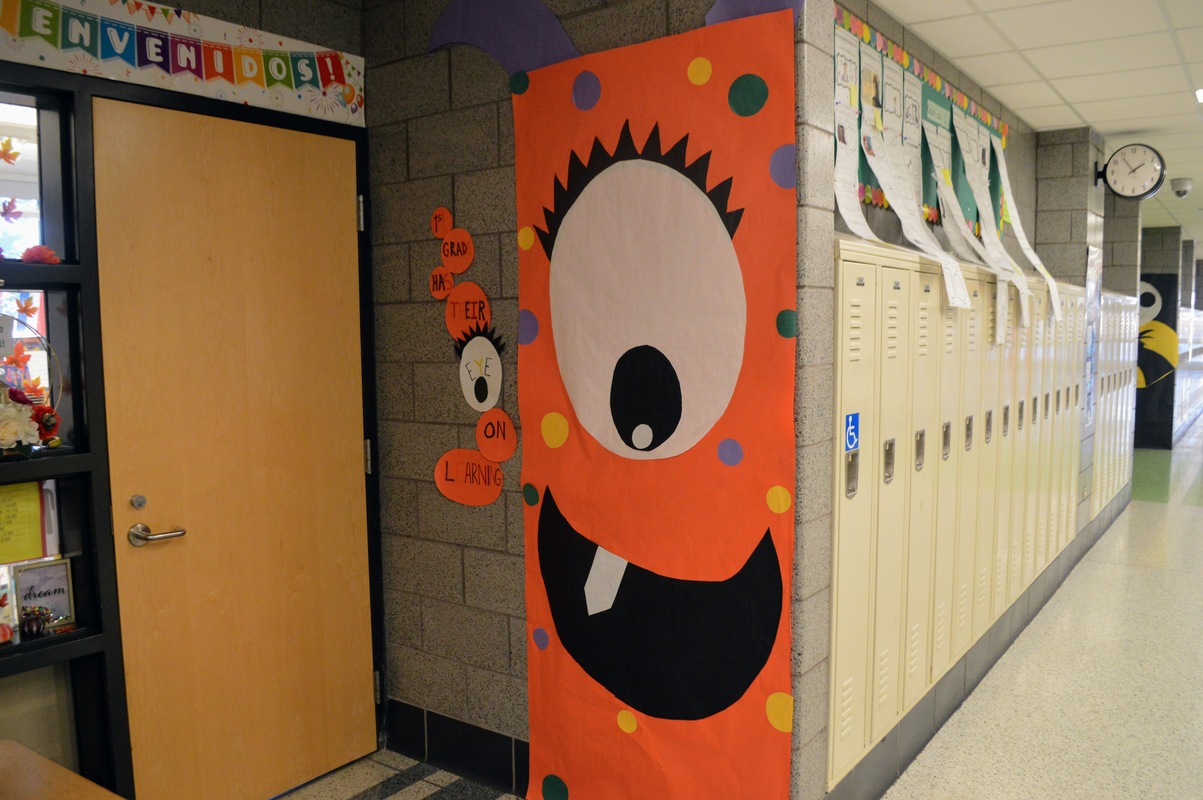 Her background as a teacher provided the foundation for Azuela to be ahead of the curve on many educational best practices. Creating student-centered learning environments is now one of the District’s core values; Principal Navarro notes that has been her focus at Azuela for years.

This year, the District is focused on strengthening the instructional core; Principal Navarro says her teachers at Azuela have been doing that all along.

“When we think about best practices, it’s important to remember that the same practice might look different in my neighbor’s classroom because we have different styles,” she said. “That’s why we have to monitor the systems we have in place and ensure that everyone receives the support they need.”

One best practice that is central to all classrooms at Azuela, and the principal’s office too, is building relationships with students. Since she’s been at Azuela long enough to watch her students grow up before her eyes, Principal Navarro has a unique point of view on the power of these relationships.

She currently has a seventh-grade student named America who has been at the school since kindergarten. When she was younger, Principal Navarro would sing: “I love America!” when she would enter Azuela. That sense of pride she felt years ago was the starting point of a deep sense of belonging within the Azuela community.

Even with so many strong programs, practices, and supports in place, Principal Navarro does not shy away from the fact that the COVID-19 pandemic has widened gaps in academic attainment. But she also believes that gaps can be opportunities as long as you focus on enrichment rather than remediation and remain committed to excellence rather than mediocrity.

Her goals for this year include enhancing the school’s STEM programming and helping students become stronger writers. Eventually, she’d like to see Azuela officially designated as an international school.

Tackling these goals will not always be easy, but she’s been coming back to Azuela year after year because the work continues to excite her, and she knows that she can continue to make a difference in her school community.

“To be a school leader is to be brave and courageous, and the best part is that you’re changing lives,” she said. “To impact generations to come, what an honor that is.”

Principal Navarro has been the principal of Azuela for 12 years. Prior to taking on this role, her other roles in the District included being a teacher, bilingual coordinator, and a management role in the District's Central Office.