Office of College and Career Success

This pathway is made up of five military service branches, each with their own active-duty and part-time components (i.e., Guard and Reserve). Together, they offer a broad variety of ways to serve.

How to Pursue This Pathway

Students who choose the Military Pathway must submit an enlistment contract as evidence of their plan to meet the Learn.Plan.Succeed. graduation requirement.

Each branch varies in service commitment, location, and how its members contribute to the overall mission of protecting our country, though all are on the same rank-based pay scale.

The Army is the largest military branch in the United States. It’s a powerful fighting force defending and serving our nation by land, sea, and air. Elite groups within the Army, such as the Army Rangers and Special Forces, receive specialized training for advanced combat situations.

Offers the opportunity to work in a civilian career or attend college full time while serving near home.

Community-based and reports to the governor of its respective state unless called to protect U.S. domestic interests in times of conflict or natural disaster. Members hold civilian jobs or attend school while conducting their military training part time. 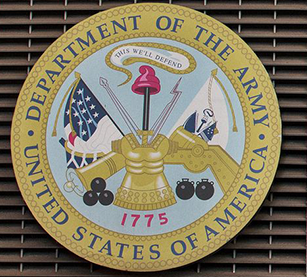 The Marines play a major role as the first force on the ground in most conflicts. Today, Marines are stationed around the world at all times, ready to deploy quickly whenever and wherever needed. Total service commitment ranges from four to six years.

The Reserves support active Marine forces in time of war, national emergency or contingency operations, provide personnel and operational tempo relief for the active forces in peacetime, and provide service to the community.

The Air Force operates with a three-part vision: global vigilance, reach and power. This vision empowers a technologically advanced force that is focused on air, space, and cyberspace superiority.

With readiness as its primary charge, the Air Force Reserve is actively involved in operations around the world.

Comprised of citizen Airmen who train part-time, close to home, until called upon for duty. These professionals serve both federal and state governments — assisting their communities and helping the Air Force to guard the skies.

The Navy handles operations on and under the sea, in the air and on the ground. Elite groups within the Navy, such as the SEALs and Navy Divers, receive specialized training for advanced warfare situations. A Navy Sailor generally serves a term of four years aboard a Navy ship, though options for shorter time commitments exist.

Offers citizens the chance to serve on a part-time basis, training near home until called to Active Duty. A reservist can pursue a full-time civilian education or career, or obtain special military training while serving.

The Coast Guard is responsible for an array of maritime duties, from ensuring safe and lawful commerce to performing rescue missions in severe conditions.

Reservists take part in maritime safety, mobility, security, national defense and the protection of natural resources. Reservists spend an average of one weekend a month and two weeks a year performing duties vital to national security.

If military service is a postsecondary option that interests you, consider taking the next steps:

Office of College and Career Success